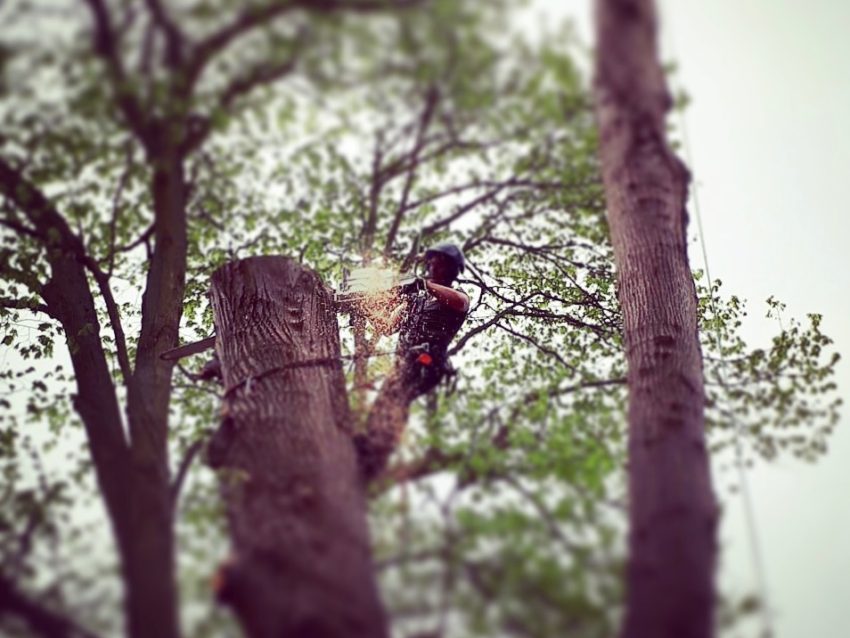 This was really something for the crew to get stuck into. Two Huge Lime trees  to takedown dismantled safely  (Tilia x europaea). What a job it turned out to be. It tested the skill, stamina and communication of the team to the maximum. A lot of the time, Team Leader – Joe found himself over 100ft away from his work colleagues. That’s 100ft vertically away. So yes, comms were used to make sure all members on site were fully aware of what’s going on and where they need to be. Large…very large chainsaws were used and modern, new rigging equipment used to lower safely to the ground at least 75% of the trees. Impact on the ground was minimal. In fact apart from the trees being no longer there is little signs of us having been there.

The trees had been surveyed previously by an independent Arboriculturalist and been deemed physiologically unsound. Such was their size and location they had to be felled. Our client, whom we have worked for on several jobs such as this along with highways clearance works  asked us to carry out the work. First we liaised with the local authority – Tonbridge and Malling council to obtain correct permissions, then last week we made a start on the work itself.

It was tough going, lots of rigging with ropes, heavy wood, heavy saws, heavy everything. The crew performed amazingly and were subject of lots of people watching their exploits.  All in all we removed approx. 40 tonnes of arisings from site and left sight very little signs of having been present. The stumps were then ground away to allow for the soil to be improved and re-turfed. Great effort lads, they earn a few easy days off that back of it.

So, don’t forget, we really can say to you… No job is too big – we mean it