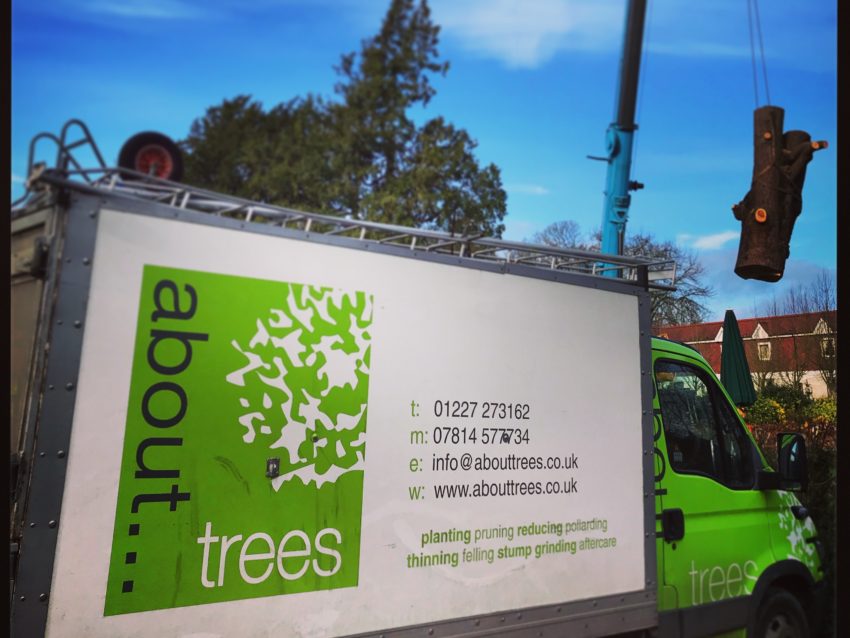 It was tough to acknowledge that we were going to price to fell this wonderful old tree, but there were very real safety issues regarding the site as a whole and the tree. It was a massive logistical tree takedown. Habitually this tree had been dropping limbs – some weighing in at 1.5 tonnes on to areas of high public footfall. It had been subject of remedial pruning in the past, this had not achieved the desired results. The local tree officers had seen the tree and decided it was one where the TPO was to be removed, consent was given to fell the tree. We got the call.

For this job a little while ago, the process took some time as there were many options and costs that had to be considered, primarily was site safety and the removal of the arisings from the job. This tree was BIG there was a lot of arisings from it. Collating prices and making sure the logistics worked out took plenty office time. We had at least 200metres of temporary fencing that had to be installed to keep the public safe. We had to consider getting the crane into a suitable position so that it could make safe lifts. This involved building a temporary road! Fences had to be taken down to make access for the road and crane. It was a real logistical effort.

It’s all about planning – the day before the crane arrived we organised for fencing to be erected, the road built, signage put out and on site Risk Assessments to be carried out. I liaised with the manager of the property (a hotel), we kept fire exits open but made temporary escape routes. First aid stations were deployed on site and in the trucks, and harnesses. We had a review of Method Statements and assessed risk once more. We had to be very careful on this one. Weight charts for green cut Cedar were provided to the crane operator and Arborist up the tree  Joe so they could liaise with one another on their comms on how large to cut the pieces of wood.

In short – VERY. some of the lifts were coming in at 3.5 – 4.5 tonnes. It was serious on every level, dangerous and intense. The ground crew did an amazing job keeping up with branches that were individually the size of a medium tree. These branches came down at a fair rate of knots. There were approx. 8 loads of wood, woodchips and arisings to be removed from site. We set up a holding compound for the wood, chips were shot into a huge grain trailer and removed from site daily. The wood was loaded onto several HGV timber trailers and removed from site. I think, it all went pretty smoothly. Start to finish the job lasted for 6 days. 6 hard days!

If you need help or advice don’t forget, you can Contact us